Sounds a bit weird but there are many scenes in daily life where people aren't moving or just a bit to leave a trail in you photos. Yesterday I visited the "Planten un Blomen" park in Hamburg after work. I had my little Gorilla Pod and a 8ND filter with me. I wanted to take some long exposure shots of the little waterfalls and fountains there. After taking some nice shots I also discovered that some places cry out for a shot with people in it.


The shot above looks better with people in it. I first captured the falls without any people and it looked nice but lifeless and dull. After waiting a for some people to enter the scene the shot reflects the purpose of this place better. The park was built in the sixties for an international garden exhibition and it was meant to be explored by visitors. I love how the guy to the left is not moving that much and the girl in the upper part of the image is moving faster. For me this is more lifelike instead of taking an image of an empty place.

In this shot I wanted to capture the motion of the water that is feeding the falls you saw in the last image at the beginning of the article. With the two resting guys the movement in the front sucks the viewer into the image. The reflection of the wall in the water is also a nice element. You can clearly see that this place belongs to the people who are enjoying it to be there.

There are many ways to shoot with longer exposure times. It can be a mix of the best of two worlds: fine art long exposure photography and street. It is like adding people to architecture shots to make them more interesting.

Have you also experimented with this combination? Let me know in the comments.

visit my portfolio page:
www.robvisual.eu
A street photographer living near Hamburg sharing his visual diary with the world. This site is also a related to the Fuji GFX-system and my experiences with this brand.
Gear used:
GFX50R, X-PRO1
Lenses:
GF 63mm 2.0, XF 27mm 2.8 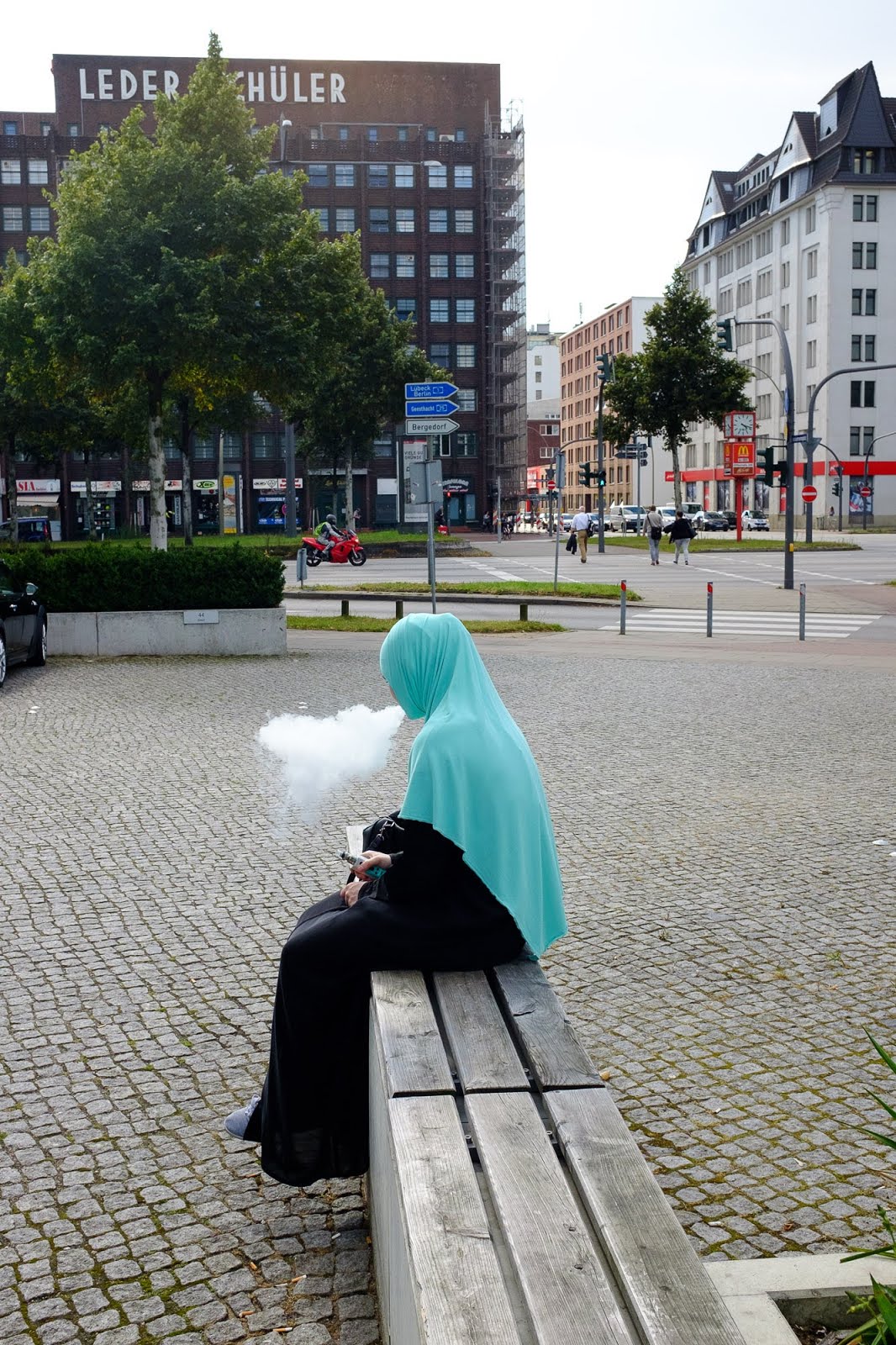